After the walk to the lookout, the plan was to go back home and do some work, but first I stopped to look at the longfin eels (tuna) swimming under the bridge.

These eels travel incredible distances during their lives. In late autumn, they swim downstream to the sea (a journey in itself) and then travel 5000 km north to their spawning grounds in the Pacific. If you ever fly to Fiji, Vanuatu or Samoa, just think about those eels covering the same distance way below you. They don’t even eat during their marathon swim (think about that while tucking into your airline food) and they die soon after spawning. The larvae travel back to New Zealand on ocean currents and develop into 60mm ‘glass eels’ which swim upstream into estuaries, streams and rivers all over New Zealand. Years later, some of them will set off for the Pacific to repeat the cycle.

It’s an amazing story and Ali Foster wrote about it in The eels of Anzac Bridge (illustrated by Viv Walker), drawing a clever and thoughtful parallel between the eels travelling so far and the local soldiers going off to war.

An even bigger distraction was the kiwi house. When I saw the kiwi road sign by the Anzac bridge, I thought it referred to the Kiwi house at Pukaha Mt Bruce. I didn’t realise that in the bush behind, there are about 90 kiwi living in the wild, protected as much as possible by a programme of trapping and pest control.

Inside, the brown kiwi, Turua, was having a snooze under a tree while Manukura the white kiwi ran about searching for food and digging a burrow. (The Pukaha staff reckoned that perhaps she is practising her nest building techniques.) She’s lovely to watch and Joy Cowley has written about her in Manukura: the white kiwi (illustrated by Bruce Potter).

Most captivating of all – and where the rest of my afternoon went – was watching the kiwi egg hatch in the incubator. As more and more people gathered – staff and visitors – we became like an impromptu family group at a delivery room, cheering with each wobble and new crack in the egg. 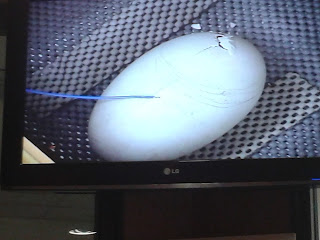 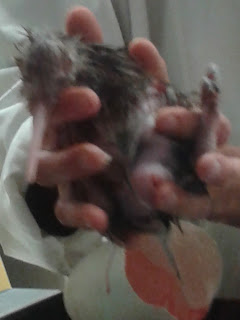