Today I went into Masterton for a radio interview with the local community radio station, and I came across the Featherston Camp Stones Project.

The project is connected with the exhibition at Aratoi on the Featherston Military Training Camp. Schools were invited to make a stone decoration on a nearby patch of land, and this is why:

"A feature at the Wairarapa military camps in World War One were stone decorations made by soldiers.The land at Tauherenikau Camp, Canvas Camp (by Featherston Camp) and Papawai Camp was old river plain, with surface stones in great quantities. Fatigue parties removed and piled stones from tenting and training grounds. Perhaps some men began making boundaries around tents and added patterns made from stones."

These decorations showed military symbols (crowns, flags and badges) or names of groups or signs for places. The soldiers used white-washed stones and added colour with pieces of brick, coal or glass. A cup was offered for the best decorations.        There was a special opening at 4pm this afternoon, and I had to leave before that. But I got to see the schools' stone decorations, each housed in a plain wooden frame and only using the original ingredients used by soldiers in 1915-1918.

There were some wonderful decorations. Here are some of them: 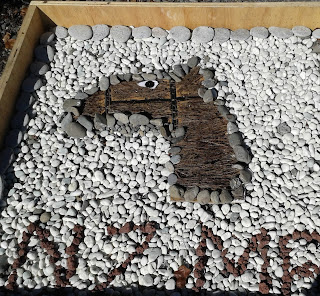 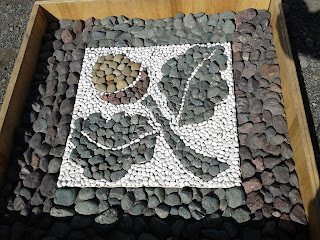 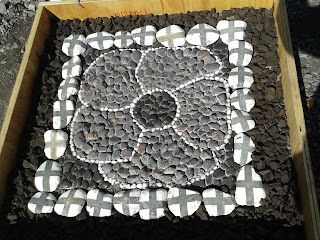 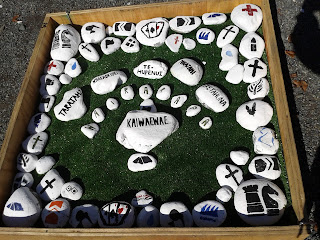 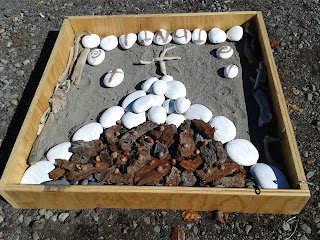 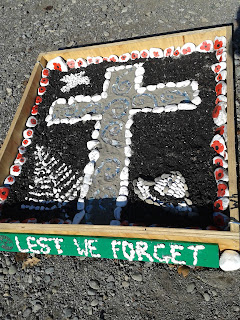